Productivity is personal: Discover how to manage yours 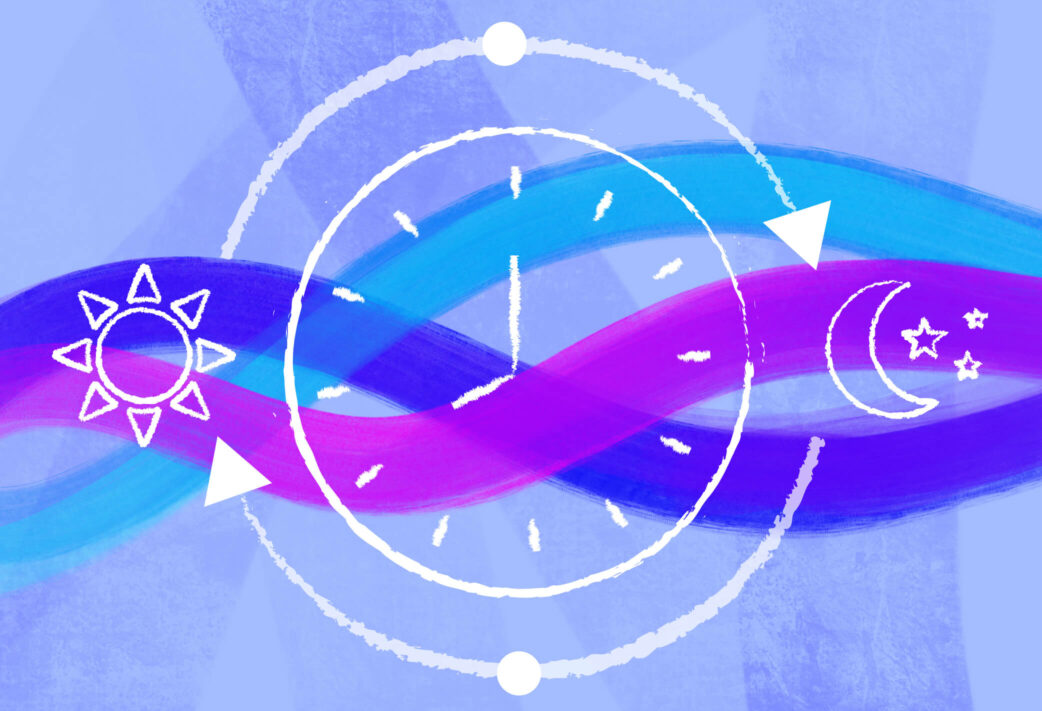 As I’m writing this, my flight from Stockholm to Edinburgh has been delayed by two hours.

I’ve done all the bits already, the coffee, picked up a book, and pretty much all the time killing airport activities besides that oh-so-delicious airport pint and the awkwardly placed massage chairs.

Now what? People watching, that’s what. (In a non-creepy way, obviously.)

I’m sat down at a gate-side cafe and as I’m pondering over the lives of others, I spot someone unbothered by the noise around them, head down engaging in what we’d call “deep work” these days. Next, one (not-so-groundbreaking) thought strikes me: productivity is personal. While this has always been the case, it’s something that’s become particularly apparent post covid outbreak. For many companies, it’s been a true wake-up call.

Today, the fact that we all need different things to be happy and successful in our jobs is pretty much a no-brainer. But not long ago, even in the arguably progressive industry of tech – it wasn’t.

From hustle culture to burnout culture

Earlier in my career, I, like many others working in tech, thought “the hustle” was cool. Work at any given opportunity. Always be productive. Always deliver. And always, always be optimizing.

Jeez, I need an airport pint just thinking about it. It’s simply unrealistic.

And that’s why hustle culture is toxic. In fact, the underlying behavior that drives it puts our bodies in a state of fight or flight. As you might already know, there’s nothing healthy about that. It triggers the release of the stress hormone cortisol, and when released over an extended period of time, it can lead to burnout if you don’t get any rest. And that’s not quite how you build an all-star team.

I had just joined a startup in the Bay Area and we were in an Uber from downtown San Francisco back to Palo Alto. There were no meetings scheduled, no urgent work – yet we had our laptops out, hot spotting from someone’s phone. I was trying to write a blog post and my colleague was going through his notes from a sales call.

I can’t think of a worse place to get anything done (let alone do it well) than an Uber on the loud and pothole-riddled highway between the two cities. That time would have been much better spent connecting with my coworkers, sharing stories, discussing a work-related issue, or even disconnecting for a bit.

But no, working in an Uber in the Mecca of tech, was perceived as “cool,” as hustling.

During the height of the pandemic, hustle culture evolved into burnout culture. Our sometimes office-warming bodies were placed under a stay-at-home order and while many of us discovered the benefits of working from home, being constantly “on” reached new levels. Because when your work is always where you are, it’s hard to disconnect.

It had the same traits as hustle culture – but worse. With tools such as Slack and Microsoft Teams promoting an “instant reply” culture, you’d often see messages along the lines of, “having dinner now, will look at this after.” Work-life conflicts quickly arose and with little to no time to recover mentally.

So when The Great Resignation hit last year, it shouldn’t have come as a surprise to anyone. And even less surprisingly,  it’s not showing any signs of slowing down. A recent survey by McKinsey shows that 40% of workers are thinking about leaving their jobs. And why wouldn’t they? In 2022, more than 42% of tech workers report having high levels of exhaustion according to the Burnout Index.

The Great Resignation has turned into the “Great Rethink,” as coined by Harvard professor and author of Deep Purpose: The Heart and Soul of High-Performance Companies, Ranjay Gulati. People are looking for something different as we settle into the post-pandemic era, something that truly works for them. And they’re willing to give up other things in order to get the flexibility and the work-life balance they’re looking for.

Work (mostly) when it works for you

While some people are being ushered back to the office, others are sticking to their newfound remote cultures, and a lucky few have been told, that “Hey, the choice is yours.”

Just like Resource Guru, many tech companies are fully remote and work across multiple time zones, allowing employees to (mostly) work when it works for them. With the 9-5 grind soon to be a distant memory, async work is what will continue to facilitate personal productivity more and more.

But productivity is a tricky thing. It doesn’t always work the way we want it to.

Master your own productivity

When inspiration strikes, productivity often follows. But the annoying thing is that productivity – and definitely inspiration – can strike at any time. (Say, just like right now at the airport.)

But there are ways to optimize your day for it.

The issue with the traditional workplace is that it’s standardized. Humans are not.

Celine Vetter, an assistant professor at the University of Colorado at Boulder and director of the university’s circadian and sleep epidemiology lab recently told the Times that “a full 80 percent of people have work schedules that clash with their internal clocks.”

I’ve always known I’m more productive in the afternoon and in the evenings. But the problem is that society has always celebrated early risers. Early bird gets the worm and all that. A 9 am meeting? That’s too early in my book. All those CEOs that allegedly get up at 5 am? No, thanks. I like late mornings and late nights. Whipping out my laptop in bed at 10 pm and churning out a bunch of work is my normal. But more importantly – it works for me. That’s because I’m a wolf.

I had never heard about chronotypes until I came across an article about a startup in Berlin (where else?) that used them for their employees. A chronotype is the behavior we demonstrate based on our circadian rhythm, our natural internal clock that controls our sleep–wake cycle. But it’s not just about sleep,  it determines our productivity levels during the day. 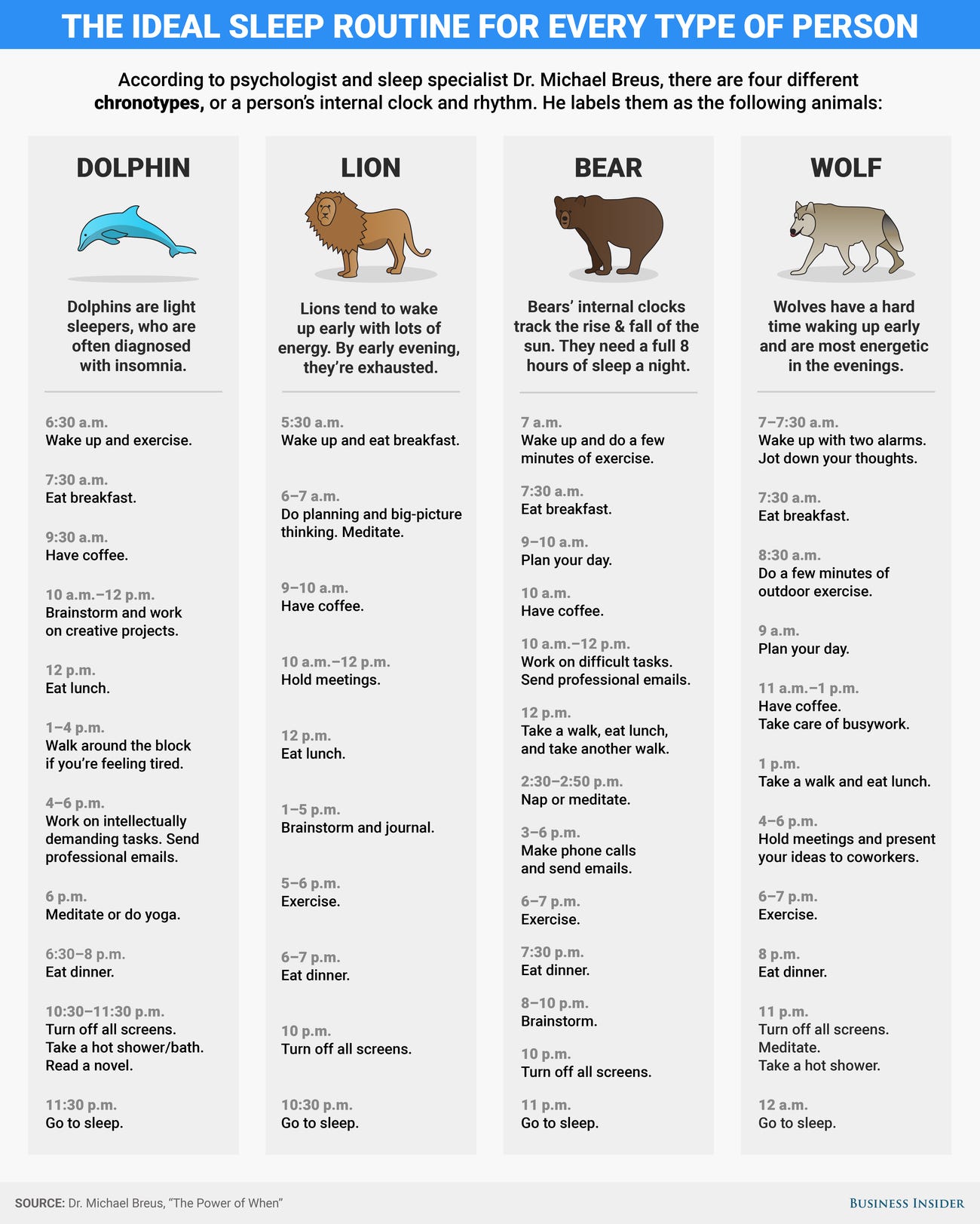 The ideal schedule for each chronotype.

Studies surrounding chronotypes started already in the 1970s, but it wasn’t until the 21st century the workplace caught up with, well, biology. Today, four animal chronotypes exist to help group and generalize circadian rhythms found in nature. Most people (around 52%) fall into the Bear chronotype, which means their sleep pattern follows the sun. While others (such as myself) might favor a later start.

If you want to nerd out on the topic, there’s loads of information on it, but the long and the short of it is: late birds get to eat, too. So go ahead and find out your own chronotype and start making the most of your productivity highs while working your way around the lows.

This is what I’m doing right now. Because when inspiration comes, productivity follows. I’d never recommend anyone to work at an airport, but if the moment’s there, all “rules” go out the window. And the truth is, productivity can be a bit of a bastard, striking at inconvenient times.

What’s even more inconvenient is that our brains are designed to be distracted (gee, thanks evolution) and our ability to focus happens in bursts. We simply can’t work uninterrupted. (Find more on this research here.) But the key is balanced work.

You might have heard of the Pomodoro Technique. It’s a productivity technique that’s all about leaning into the body’s natural rhythm, working in 25-minute bursts. Another technique follows the Ultradian Performance Rythm, using 90-minute bursts. Some might experience longer bursts, while others dip sooner. It can also depend on the task itself. But whenever your burst happens, go for it. Will it mess up your daily plan sometimes? Sure. Will you get more out of it? Absolutely.

There are plenty of productivity techniques out there to try, but it’s about finding your rhythm and then getting to work. We’re all wired differently, so allow yourself to figure out what works for you.

In hustle culture, rest was perceived as “lazy.”

But the truth is that rest is essential to our productivity. It allows our brains to problem solve, innovate, and actually increase our productivity. Because when we’re resting, our brains are still active, engaging what’s called its “default network.” Now, this is something that we’re not in control of. This is the reason people come up with ideas and solutions in the shower, when running, or simply going about their daily chores.

But this is also why disconnecting is so important. If we push ourselves to work for too long, it kills productivity. So next time you hit a dip, rest without feeling guilty.

Company culture isn’t just a list of values. It’s about demonstrating those values every day through behavior. And while company culture is everyone’s responsibility, it’s important that management sets the example. Because the management team shouldn’t be just managers, they should be leaders that create a culture where employees feel supported and confident in doing their job on their terms.

Remember to be vocal about what you need in order to be productive. Your manager and team won’t know unless you tell them. You’re not being difficult or demanding by communicating what works for you – you’re setting not just yourself, but the entire team up for success. To no one’s surprise, last year 43% of digital workers reported that they achieve greater productivity with flexible working hours. 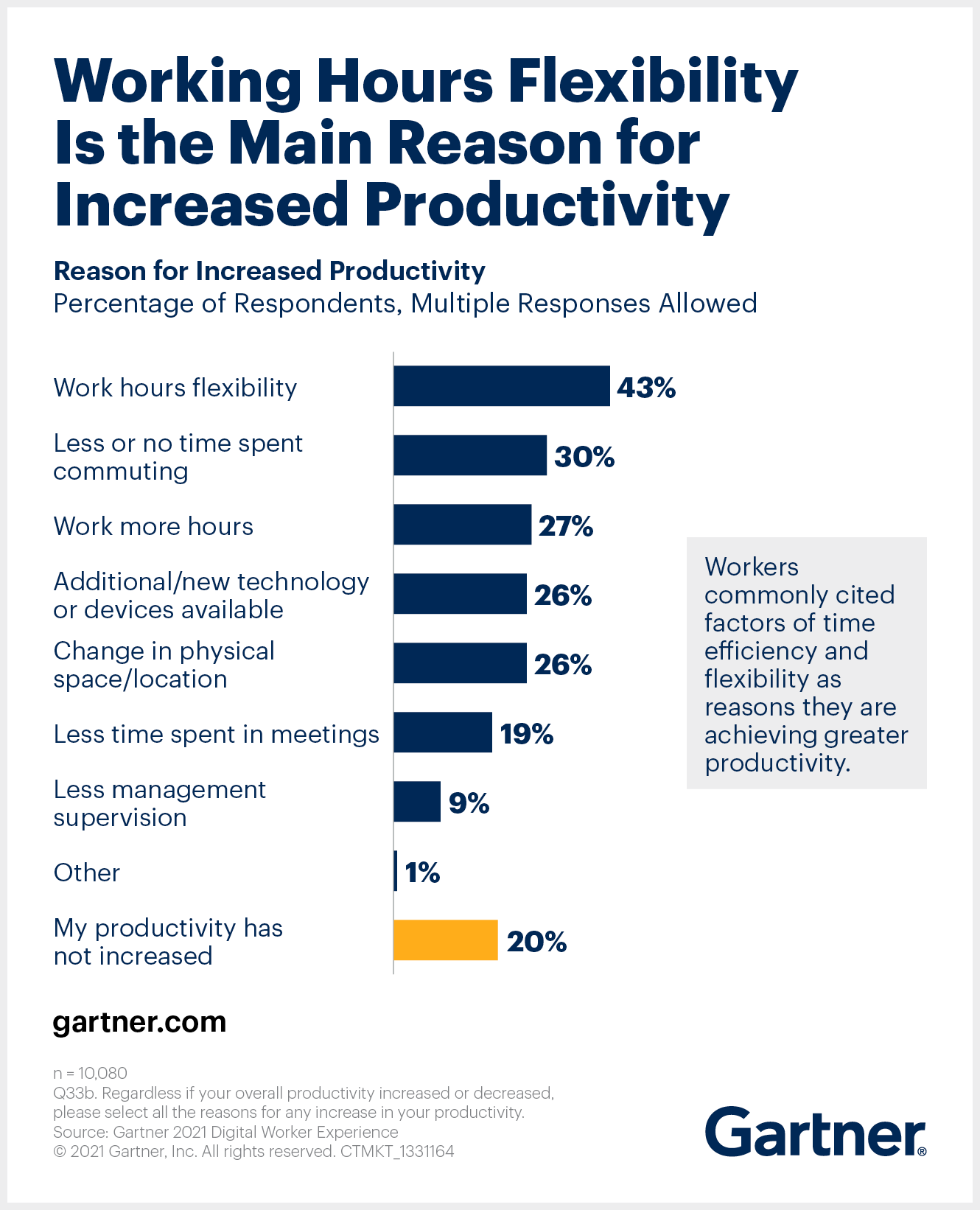 The workplace today is hugely different from what it used to be. And this is just the beginning of the remote revolution as employees are less willing to compromise on their work-life balance. In June, a report from Gusto showed that 45% of people who declined their last job offer cited a lack of flexibility and work-life balance as the main reason.

Trust me, if your employer isn’t flexible enough for what you need, I guarantee you there’s another one out there that is. (Did I mention that Resource Guru is hiring?)

So as we evaluate how and where we spend our time, there’s no doubt we’re heading toward a future of more flexible work where individuals gain more autonomy over their time. Because let’s be real, it wasn’t always a two-way street between employers and employees – but a second lane is opening up. Salary transparency laws are coming into effect, diversity and opportunity democracy are on the rise, and soon, we’ll hopefully see more and more industries cater to individual needs.

And should you be looking for your next opportunity where the two-way street is wide open, have a look at our open job positions here at Resource Guru.

(And yes, you definitely can opt for the airport pint, unless productivity strikes, that is.) 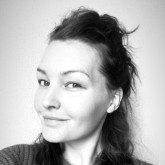 👋 I'm Jo, Senior Content Marketing Manager at Resource Guru. I spend my days creating educational content that helps people be more productive at work, so they can enjoy their time off work. Got any ideas or requests? Drop me a line at jo@resourceguruapp.com. 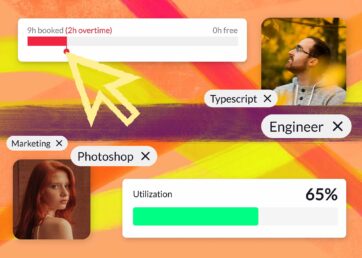 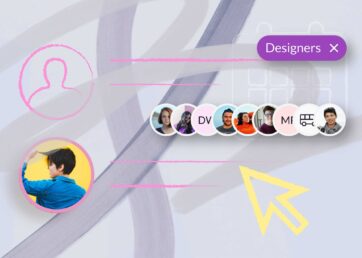 Why is it that something as important as resource planning is so often not given the due attention it deserves? Many projects have come unstuck due to the failure to plan resources accurately throughout their lifecycle.… 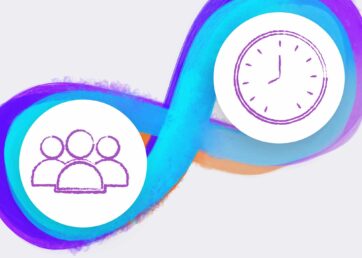 Headcount vs FTE: What’s the best resource management model for you?

Have you ever found yourself in an ice cream shop, standing in front of your two favorite flavors and not knowing how to choose? You’ve already tried the samples, and now it comes down to the…